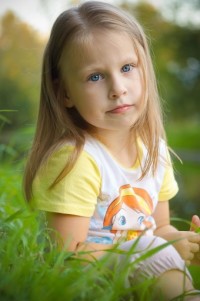 About 3.3 million children, or 1 in 20, experience problems with dizziness or balance. About 600,000 of these reported cases experience symptoms that end up with problems ranging from moderate to large. The results of a result study are based from the answers given by the parents and/or caregivers of the children in the sample of 10,954 children, all in between the ages of 3 to 17. These answer givers answered several questions about their charges over the previous 12 months.

These questions focused on whether the child had been suffering from vertigo, poor balance, and poor condition of health, falling frequently, feeling light-headed, or other problems with balance or feeling dizzy. After the answers were tallied, they were cross-referenced with health information and other demographics to form a prevalent picture and what the potential risk factors could possibly be.

Among these findings, it was found that the main prevalence for dizziness or balance problems increased with age and was 5.3%. Girls also had a higher prevalence at 5.7%, while boys only had a 5.0% prevalence. In most cases, it was much more likely that the child suffered from 2 or more symptoms. It was not common for them to suffer from a single symptom only. Out of all of the symptoms, poor coordination was reported the most often with light-headedness following behind. Poor balance, vertigo, and frequent falls came behind in that order. The more severe the problems were caused by the symptoms, the more likely the child had received a diagnosis.

The risk factors identified were being aged 12-17, having a household education less than high school, lower than poverty level family income, below average birth weight, and first steps without support at a time later than 15 months of age as well as other illnesses or developmental issues were considered risk factors.

The hope of these results is that this health problem that is so poorly understood will be brought to light so that parents may respond in a more appropriate way if they notice their child experiencing these symptoms instead of simply brushing it off as their child being clumsy. These symptoms are often just categorized as an unspecified dizziness and go untreated.

Some children could benefit very much from physical therapy if they suffer from any of the afore mentioned symptoms. Physical therapy will help with balance and overall increase health. This is a real problem with children, as these symptoms can become serious if untreated.