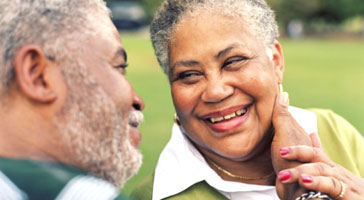 Dementia is a set of symptoms that may include loss of memory and difficulties in thinking that is severe enough to affect daily functioning. The fact that dementia involves the loss of memory doesn’t mean that a person that has memory loss has dementia. Dementia is usually the result of brain damage caused by diseases like Alzheimer’s or strokes.

Signs and Symptoms of Dementia

Age: For individuals 65 years of age and older, the likelihood of developing dementia increases. However, it is not a normal phenomenon for people to develop these symptoms at a younger age.

Mild cognitive impairment: An individual that experiences difficulties with memory, without loss of daily function are more likely to experience the symptoms of dementia.

Down syndrome: At mid-age, individuals who have Down Syndrome may experience an early-onset of Alzheimer’s disease.

Although there is no cure for most types of dementia, its symptoms can be managed using medications, alternative medicines, and therapy.

Cholinesterase inhibitors: Although these medications (donepezil, rivastigmine, and galantamine), are used to treat Alzheimer’s disease, it can also be used to treat dementia because it raises the level of the chemical messenger involved in judgment and memory. Possible side effects include diarrhea, vomiting, and nausea.

Memantine (Namenda): This medication regulates the activity of a chemical messenger (glutamate) involved in learning and memory. The medication is sometimes prescribed with a cholinesterase inhibitor. A possible side effect is dizziness.

Other medications: Medications that treat symptoms like agitation, sleep disturbances, or depression are sometimes prescribed.

Although alternative medicines like ginkgo, vitamin E, and omega-3 fatty acids have not been officially approved for treating dementia, studies have shown that they can be used to treat Alzheimer’s disease and other forms of dementia

Many dementia symptoms can be treated using various types of therapy including:

Task modification: With this form of therapy, tasks are divided into easier steps and the focused is placed on success rather than failure. Developing routine and structure are used to reduce confusion.

Environment modification: An individual with dementia may be able to focus and function if clutter and noise are reduced to a bare minimum. Safety-threatening objects like knives and other dangerous objects should be hidden or kept out of reach. Monitoring systems can also be used to prevent individuals with dementia from wandering away or getting lost.

Occupational therapy: This therapy is aimed at preventing accidents like falls, managing behavior, as well as preparation for dementia progression. It is geared towards helping individuals to develop behaviors that help them to better cope with dementia.

Other therapies: Music therapy, art therapy, aromatherapy, and pet therapy can also be used to reduce agitation, promote relaxation, as well as improve mood in people with dementia.

RPI Therapy Services has an abundance of experience dealing with senior patients and individuals who suffer from dementia and other illness that affect memory loss. For more information on the therapy services that we provide for those with memory impairment or loss, click HERE.