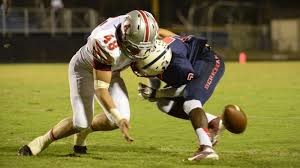 It is a parent’s worst fear. Strained ligaments, broken limbs, sore joints, aching fractures, the list goes on. The injuries sustained by athletes can be immensely brutal. However, when young athletes are the ones enduring these sports wounds, it makes it all the more distressing. Recent studies by physical therapists have suggested that young athletes who are overly involved in playing and training for competitive sports, are at a higher risk for contracting overuse injuries.

Playing sports is one of the most popular past times for children in American. From shooting a basketball to scoring a soccer goal or even running a relay race in track, sports have always been an outlet for kids. However, too much time or energy playing these sports can have dire consequences on one’s physical and mental state.

During their physical development, children’s bodies go through a series of modifications including changes in height, weight, strength, energy, and even sleeping patterns. The added stress of competing in high level sports can ultimately result in overuse injuries and other, more long-term issues. These injuries can include but are not limited to fractures, bruises, sprains, stiffness, swelling, lacerations, splints, and trauma to the head. To combat these injuries, people often tend to use typical remedies such as soothing muscle ointments, ice baths, heating packs, saunas, etc. Unfortunately these antidotes are not foolproof. Therefore it is better to prevent the overuse injuries rather than attempting to treat them after the fact.

The following are tips to help reduce the likelihood of sustaining overuse injuries:

Perhaps the most important thing that children can do in order to prevent overuse injuries is to rest and avoid over-doing it. A number of children are involved in several different sports throughout the school year. It would be in the best interest of the child to allow his or her body to recuperate during the off-season of a sport rather than to take part in another sport. This gives the body enough time to recover and to prepare for the following school year’s sports season.

During the active sports season, rest is just as important. With school work, home life, and social life in addition to participating in sports, kids have enough on their plate. Adequate rest is essential in order for them to function both in the classroom and on the sports fields. A good rule of thumb is to make sure that the number of hours per week spent participating in sports activities is less than the child’s age. For example, a ten year old should spend less than ten hours of each week participating in competitive sports (this does not include recreational sports and “free play”).

Ultimately parents and coaches of young athletes should keep in mind that the concept moderation, in terms of sports training and competition, is vital in order to maintain the children’s mental and physical health. Should your child experience severe symptoms of overuse injuries, please be sure to consult a physician who in most cases will refer you to a physical therapists.